Tee It Up for Education Golf Tournament

The 10th Anniversary Spirit of Excellence Gala & Auction was held on October 5, 2019, at Kia Motors headquarters in Irvine.  This is one of the most highly-anticipated events of the year and brings the community together to honor distinguished alumni of the Irvine Unified School District (IUSD) and raise funds for Irvine classrooms. The evening was a shining example of the difference we can make when we work together as a community. Proceeds directly benefit local public schools and more than 35,000 students.

Thank you to our 2019 sponsors and donors: 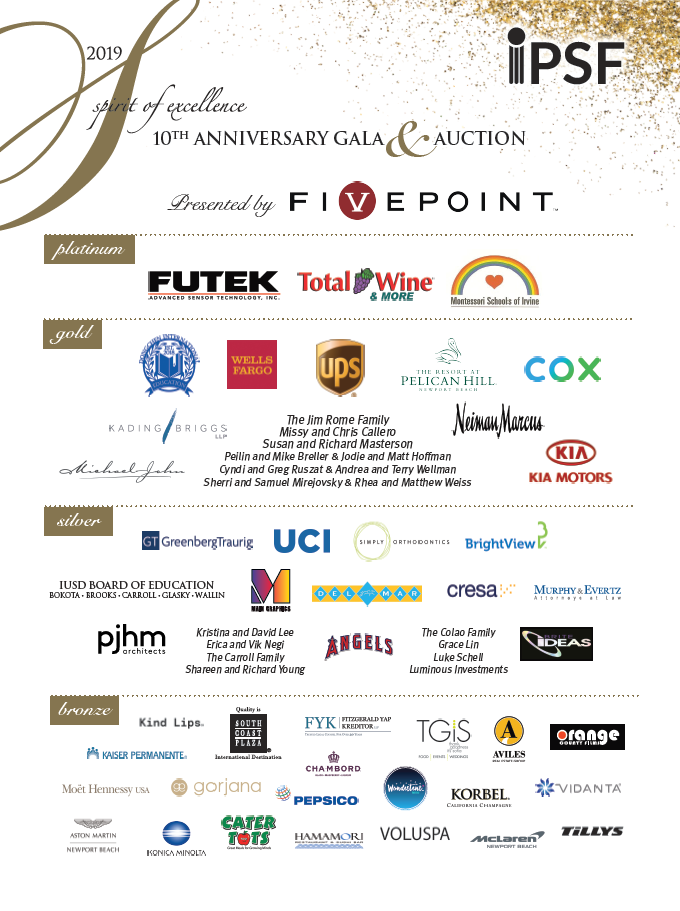 We are excited to announce the 2019 Spirit of Excellence Award honorees: 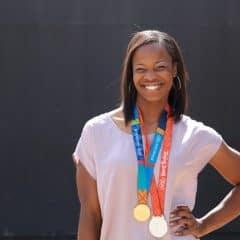 Natasha Watley is a world-class athlete, and the first African-American female to play on the United States softball team in the Olympics. After bringing home a gold medal in 2004, and a silver in 2008, she went on to found the Natasha Watley Foundation (NWF), a community service nonprofit dedicated to introducing underserved girls to the game of softball and filling the gap in coaching development. The foundation serves over 1,300 youth in the US and internationally each year. 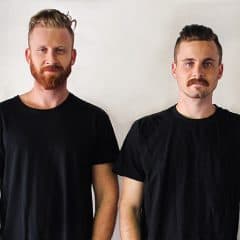 Shelby and Sandy Murphy – Spirit of Excellence in Arts

Brothers Shelby and Sandy are renowned artists and a true creative team, collaborating on every aspect of each piece and pioneering new methods of creating vibrant analog art with a digital look. Their work has garnered attention from around the world, and they have been commissioned by a wide range of clients, from movie studios and major brands, including Disney, Warner Brothers, Nike and Under Armour, to professional athletes and celebrities.