A HOME RUN FOR EDUCATION! PROFESSIONAL ATHLETES HELP RAISE OVER $50,000

On Sunday, July 22, Irvine Public Schools Foundation (IPSF) teamed up with the Angels Baseball Foundation to host the 6th Annual Aces & Athletes Poker Tournament and charity casino night at the Exclusive Don Julio Club at Angel Stadium. During a memorable evening of poker, dinner and cocktails that featured current and former professional athletes, the foundations raised over $50,000 to help fund scholarships and crucial programs for students in need.

“It’s incredibly humbling each year to see heavy hitters from the world of sports and philanthropy come together in support of educational enrichment,” said Neda Eaton, President and CEO, IPSF. “The biggest winners of the evening, however, are the students. The funds raised from this event will provide scholarships for low-income students.”

Thanks to their generous involvement, IPSF can increase its commitment to providing scholarships for low-income students to participate in afterschool and summer programs. 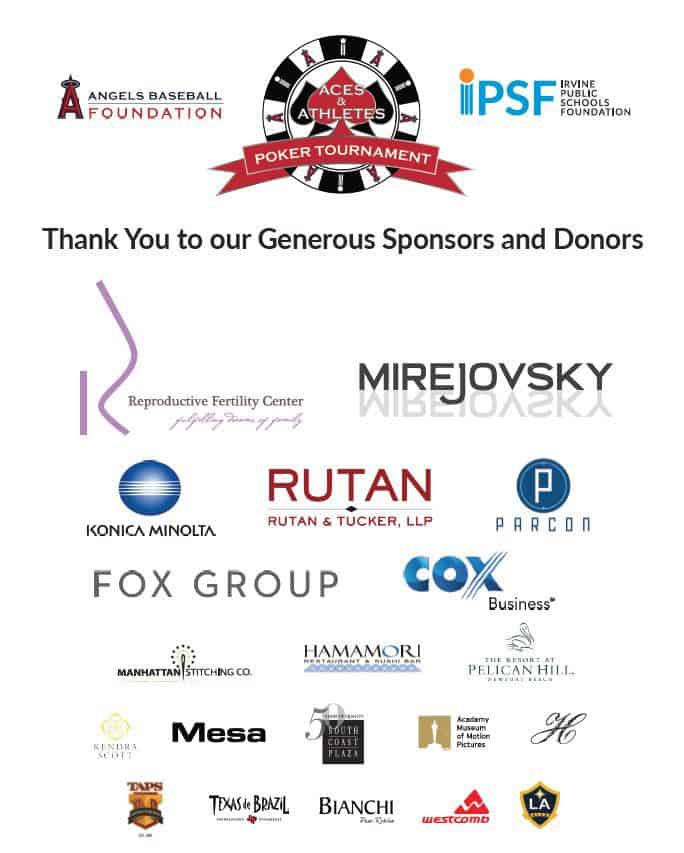